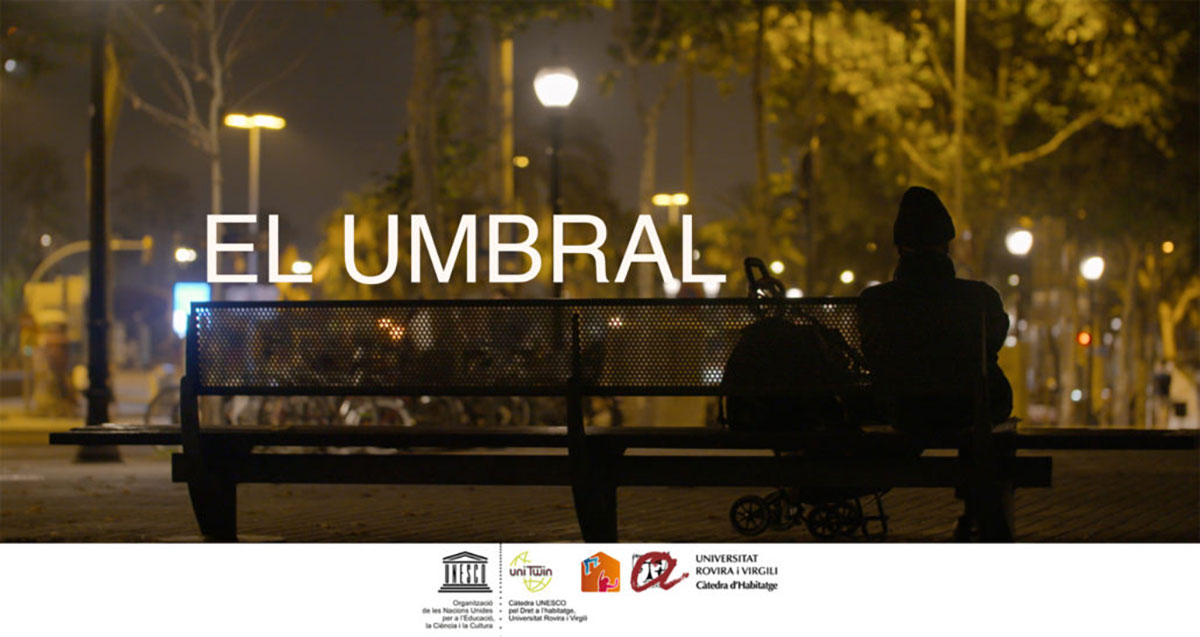 It has been calculated that there are 4.1 million homeless people across Europe. In Spain, the number of homelessness population that was attended in housing centers, medical facilities and community dining rooms during 2012 was of 22,938. 45% of them stayed without a home because they lost their jobs and 20.9% lose their homes as a consequence of their separation from their partners. Half of homeless have children and 44.5% of them have been living for more than 3 years without a home.

The UNESCO Housing Chair of the University Rovira i Virgili produces “El Umbral” (The Threshold). “El Umbral” is a documentary feature film about the risk of losing one’s home and the phenomena of evictions and homelessness, which works with the scientific ground of the European report “Promoting protection of the right to housing – Homelessness prevention in the context of evictions”, which main researcher is Dr. Padraic Kenna (NUI) and that researchers of the Chair helped to co-coordinate and to draft. The report provides a wide range of multi-national policies that might help to prevent, tackle or react to evictions and homelessness.

“El Umbral” wants to show and give a voice to all those people who do not have a home, along with the opinions of international experts that are studying such phenomenon. It gives a European glimpse of the causes and effects of evictions and homelessness from an inside perspective, in which the personal lived experiences are compared with the real data provided in the report. It shows who is behind the numbers.

The fact of not having a home may lead to a situation that does not only mean the lack of access to a physical property, but it is also a really dramatic situation which may severely affect homeless people as individuals. This is the reality that millions of people worldwide have to deal with on a daily basis. “El Umbral” wants to rise the social and political awareness about homelessness and the housing exclusion to trigger social consciousness and to call for action to policymakers. It also wants to show how simple is to fall into homelessness and housing exclusion, that is, how easy is to cross the threshold. Anyone can be in this situation by the mere fact of defaulting in paying the rent, becoming unemployed or due to a family breakdown. For many homeless, seeing themselves rough sleeping (one of the 12 types of homelessness according to the FEANTSA’s ETHOS Table) was and is a danger that none of them saw coming and that caught them off guard.